Please email us on wallwork26@btinternet for more information and advice on delivery/collection.

Sponsorship information and the necessary forms can be downloaded from this site. Click on Get Involved and then Child Sponsorship.

The boy in the picture is called Sara Turey, yes a boy’s name. Very small for a boy of his age. He is with his headteacher Morlai in the blue suit and teacher Sorrie. He has achieved our best results ever at 14+, in fact he was best across the whole chiefdom(district). Sadly during the exams he lost his father, his only living relative and is now an orphan in our care. We intend to find foster carers to look after him and so allow him to continue his education.

On Saturday 31 July David and Janet drove our shippers in London with supplies for the school. This is the first shipment for almost a year. The consignment includes soap, face masks, toothpaste, girls’ hygiene products, classroom materials and uniforms. Our shippers are Marie Sinneh Ltd whose depot is in Bermondsey in the shadow of the Shard. Thanks to everyone who donated goods and to Ramsey Motors for the loan of the van.

Did you know that whenever you buy anything online – from your weekly shop to your annual holiday – you could be raising free donations for The David School Trust with easyfundraising?

There are over 4,000 shops and sites on board ready to make a donation – including eBay, Argos, John Lewis, ASOS, Booking.com and M&S – and it won’t cost you a penny extra to help us raise funds.

All you need to do is:

1. Go to https://www.easyfundraising.org.uk/causes/thedavidschooltrust/?utm_campaign=raise-more and join for free or click on the link .

2. Every time you shop online, go to easyfundraising first to find the site you want and start shopping.

3. After you’ve checked out, the retailer will make a donation to The David School Trust at no extra cost to you whatsoever!

There are no catches or hidden charges and The David School Trust will be really grateful for your donations.

Thank you for your support.

David’s son in law has started another appeal for footballs.The link is: https://onewrld.co/2HsJ3ND  which gives all the details. People buy and when the appeal ends they are all shipped to him for sending to school.

Soccer is universally loved in Sierra Leone, but few children have access to a ball. Balls that we have taken to the school wear out very quickly on the hard baked clay or are punctured on the sharp surrounding scrub. Pumps break and valves clog. The One World Futbol seems like the only ball that could survive!

The article below was written by Rotarian Janet Cooke and published in the Peterborough Telegraph, on 24th January 2019.

2018 was a milestone for the David School in Sierra Leone; marking ten years since Ramsey Rotarian David Wallwork set up the school that has grown and prospered ever since.  To mark this important occasion David visited the community along with family members, local Rotarians and even a Rotarian from Norway.

The anniversary was marked by a day of celebrations starting with a three mile parade led by the school’s banner.  Pupils and teachers wore T-shirts designed for the occasion.  Food was then provided for everyone before an assembly with speeches and entertainment provided by the pupils.  As a lasting memory of this anniversary every pupil was given three plates, two dishes and a spoon – quite a change as they usually eat with their fingers!

The new toilet block is in use and has proved to be very successful.  A lady from the community is employed to supervise and clean it.  More floors have been tiled, gutters cleaned, the pump maintained and lots of painting done.  New audio-visual equipment has been installed with TV, radio, projector and a large screen.  A deaf/mute young man from the community has been employed as school caretaker and security guard.  He can be seen after dark patrolling with torch in one hand and machete in the other – quite a force to be reckoned with!

In addition to the 10th anniversary T-shirt, worn out uniforms were replaced and other clothing distributed to the needy.  The contraception programme is proving to be very successful so more girls are continuing their secondary education.  Provision of sanitary ware is also proving popular.

The Sierra Leone government has been so impressed with the work done by the David School in the last ten years that they are considering approving it as a government school.  This would mean they will pay for qualified teachers’ salaries, exam fees and books and equipment for primary pupils.  The school will continue to be independent and education free for pupils.

This is a truly inspiring example of a highly successful and sustainable Rotary project initiated and meticulously maintained by a local Rotarian.  The David School provides education, employment and general well-being for people living in one of the poorest areas of the world.  Well done David.

Ramsey Junior school children collected spoons to be sent out to Sierra Leone.  All our children will have a spoon rather than eating with their hands.  Spoons currently on the ocean and will be distributed in October.

The photograph shows David Wallwork accepting the spoons from the school children.

Sunday 5 August raised £190 for the charity.
Great effort by Janet, Catherine and Michael 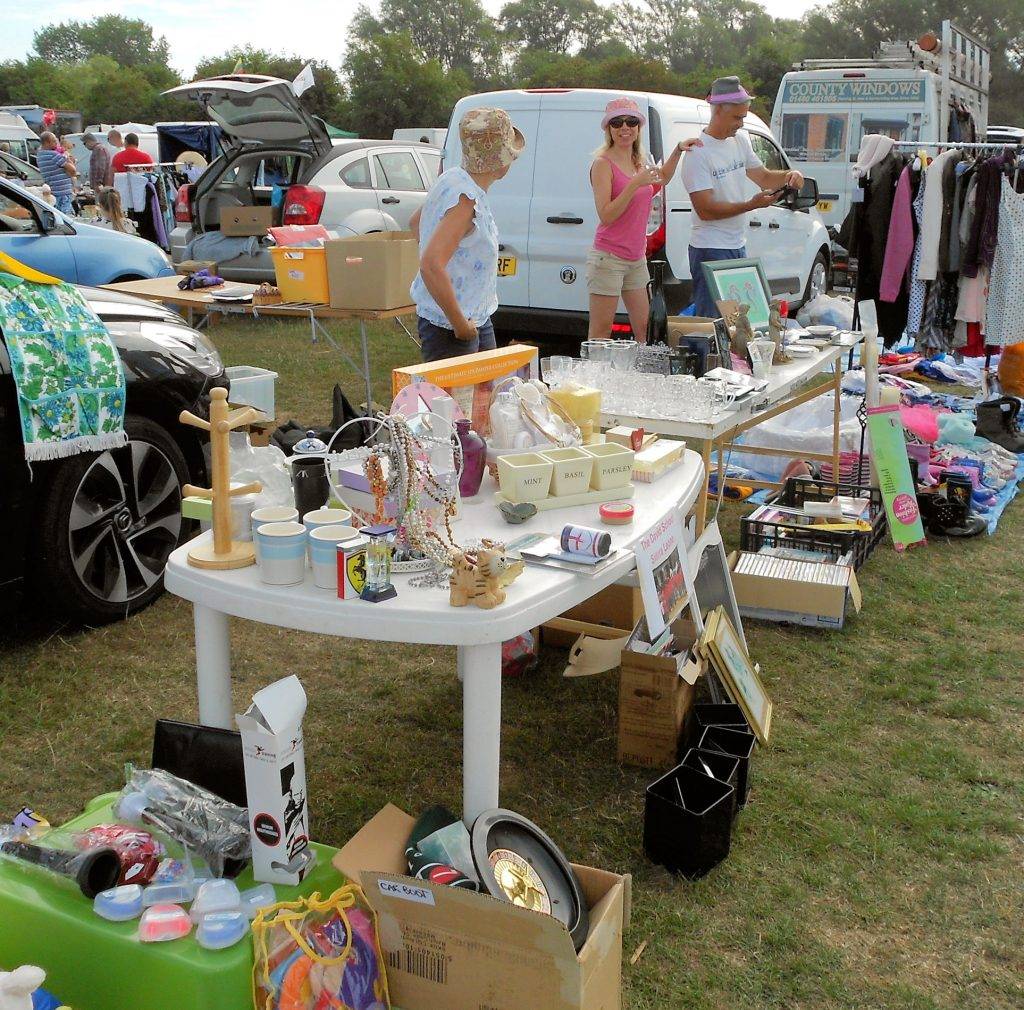 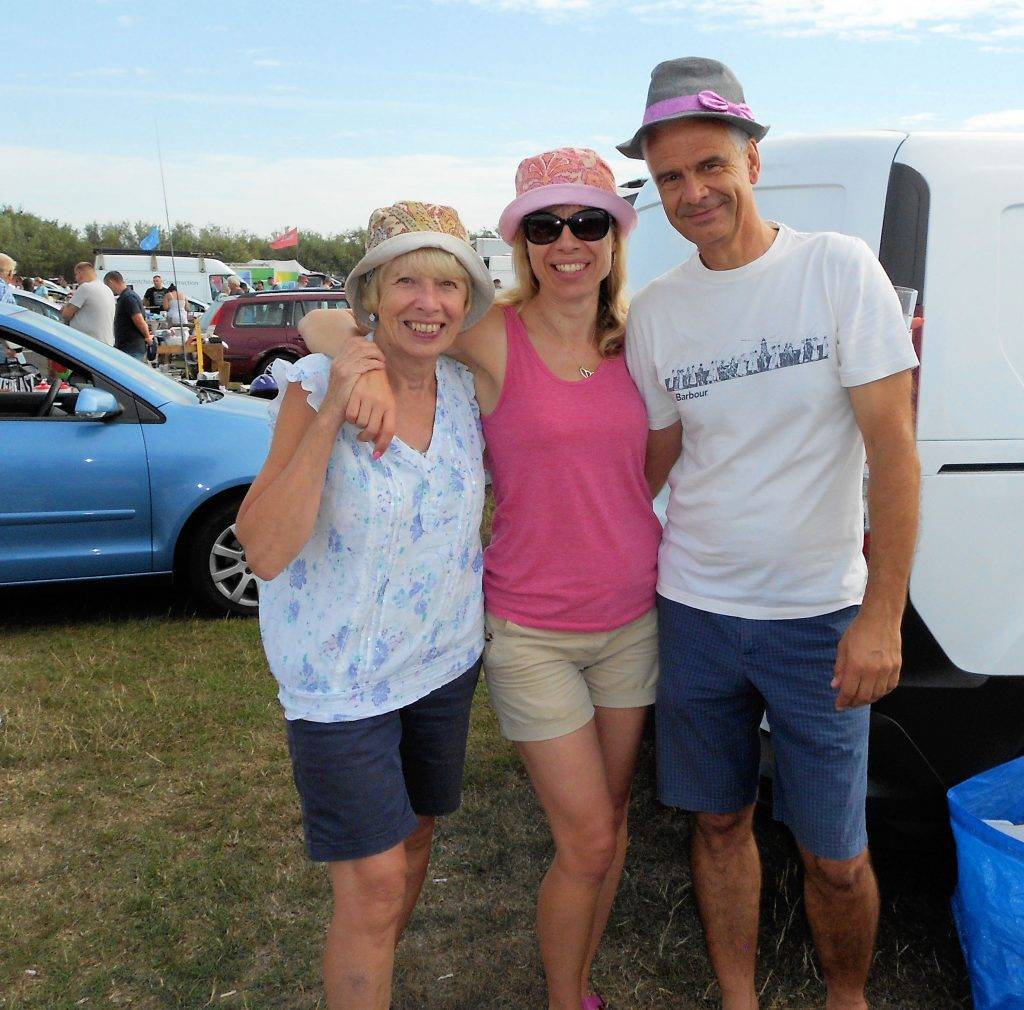 The David School Adult Education (TDSAE), implementing agency was formed in September 1st 2017 by a group of patriotic adults of Mile 36 community. The aim of the association is to improve the welfare of the adults of the Mile 36 community to acquire sound knowledge and skills in basic First Aid, Hygiene, Numeracy, Literacy, Life skills and basic computer skills to promote peace among the adults and to encourage them to participate in community Development.

The general aim of the project is to enhance basic life skills for sustainable livelihood among the adults in Mile 36 community.  See class pictures below. 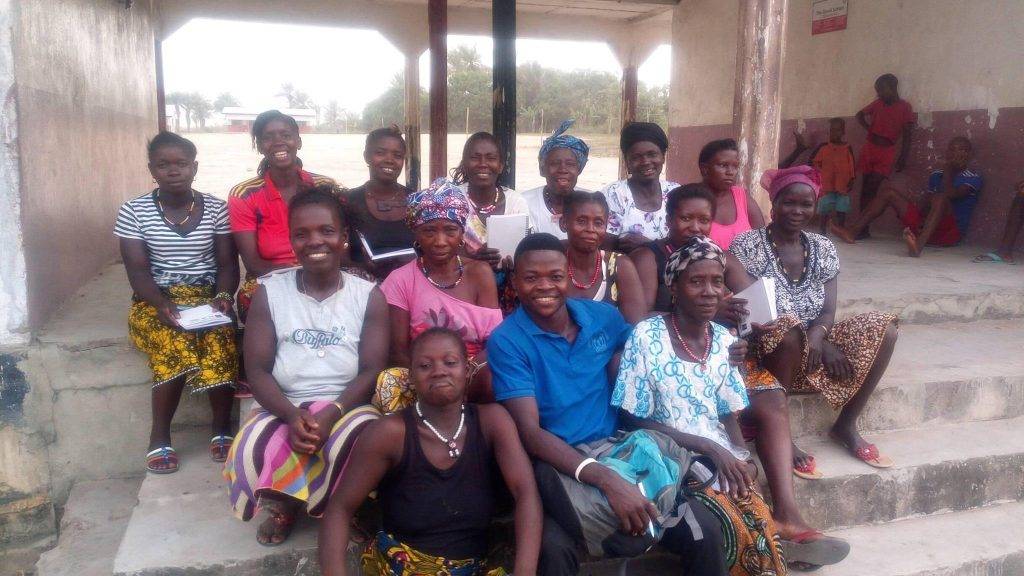 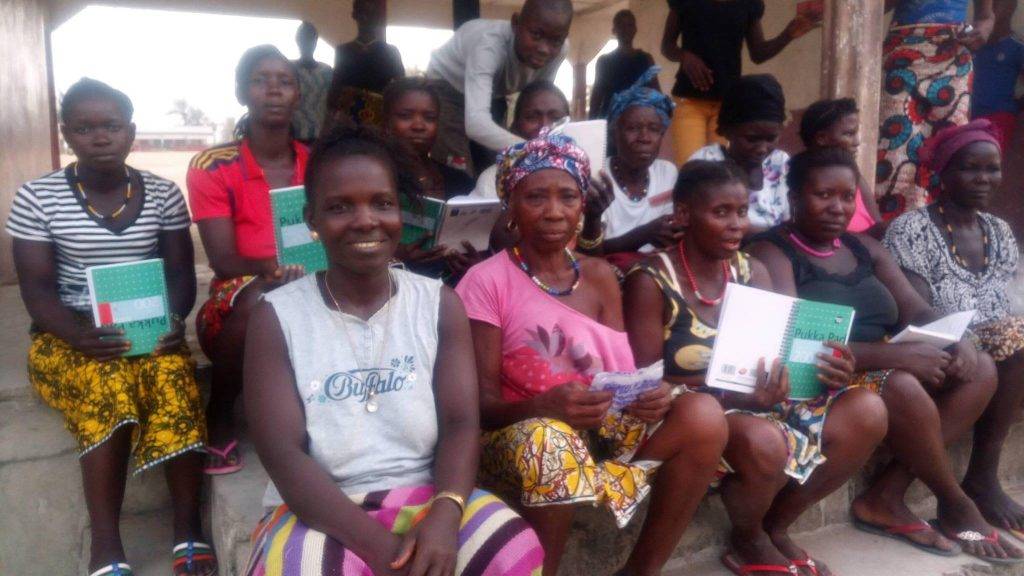 On the 26th April, David and his family travelled down to London to attend the  Rotary Champion of Change Awards at the House of Lords.  The event was hosted by Baroness Harris of Richmond and presented by Lord William Hague.

David was one of this year’s twelve recipients to receive this prestigeous award in recognition of his oustanding volunteer work to improve the lives of others. His local Rotary Club of Ramsey nominated him in the International category with the following suporting statement:

David became aware of the dire conditions in Sierra Leone on a trip there in 2005. It became his aim to provide high quality, free education for the Temne tribe in a rural area of the country, where residents speak their own language and are unable to read or write.

What followed in 2008 was what the locals called ‘The David School’. Since then, the project has seen the opening of a refurbished primary school and newly built secondary school and living accommodation for staff. The site teaches around 360 pupils during the day and offers adult education programmes in the evenings.

The picture shows David receiving his award from Lord Hague alongside Eve Conway of the Rotary Club of Redbridge, President of RIBI for Rotary year 2016/17