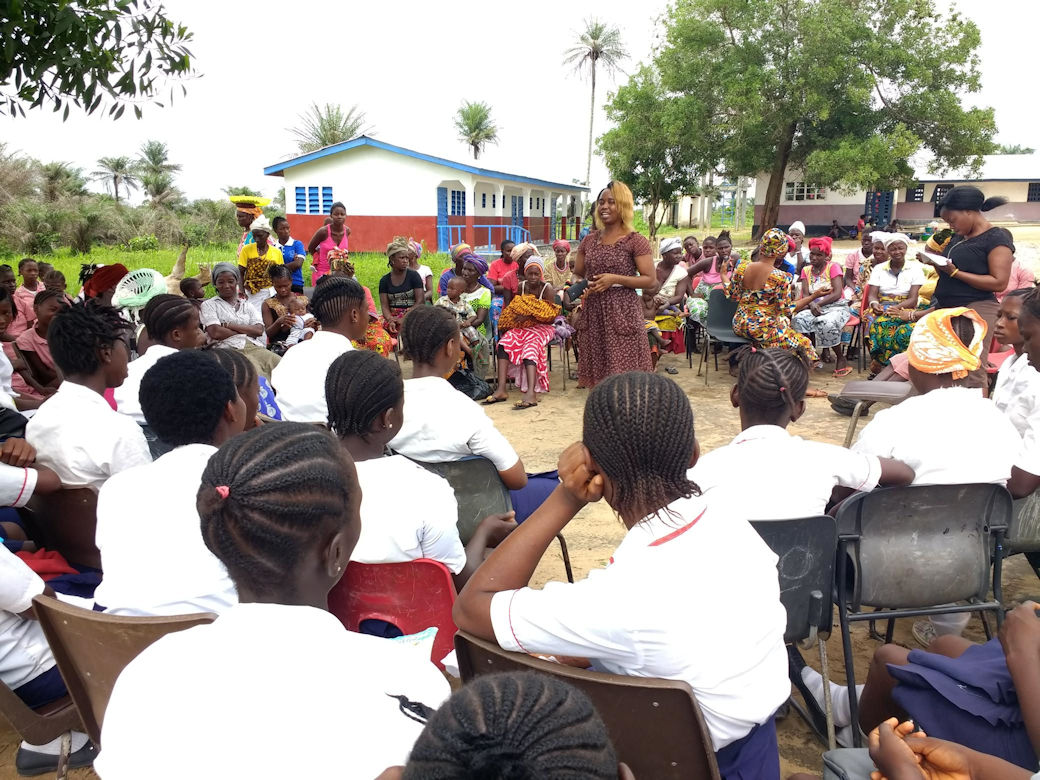 The David School Trust is a small UK based charity with very low administrative/ running costs, which aims, with its motto Education Changes Lives, to provide education and thus better life opportunities for children in Mile 36, Koya Chiefdom, Sierra Leone. This is a very rural area of the country, which had had no education prior to September 2008 when The David School Trust opened the first part of a primary school.
The Trust’s details, including Annual Trustee’s Reports and Accounts can be viewed via The Charity Commission website: www.charitycommission.gov.uk

In September 2008 the School opened, initially with 170 pupils, mostly aged 5 to 11 but some older as there had been no education provision previously. The name David was chosen for the school by the local community. In March 2010 a two classroom extension added, and in November 2011 Secondary School Phase 1 (three classrooms) was completed.

In September 2011 David arranged for UN World Food Programme to provide a daily meal for primary children. The school is very popular; the children and parents see it as a safe place to learn with no corporal punishment.

As several of the children completed the primary school curriculum and successfully passed the West Africa Primary School Certificate, they and the tribal elders asked David to build, equip and staff a secondary school. Phase one of the secondary school was added in November 2011 at a cost of £20,000.

In Spring 2014 a group of eighteen self-funded volunteers went to build the final section of the secondary school and to provide living accommodation for some of the staff. This was done with money raised in the UK including a grant of £10,000 from the Equitable Charitable Trust Foundation. The grand opening with much celebration took place on Thursday 3 April.

The land and buildings are all legally owned by the Trust.

The Trust works with a locally appointed School Management Board to deliver a curriculum on Sierra Leone published guidelines. Pupil numbers have risen to now over 300 between the ages of 5 and 16 years. There are 10 local teachers. The quality of the education has been acknowledged by Port Loko District Authority which is responsible for education in the whole area, and student teachers are now placed at the school.