Christening of Patricia Precious Coker, daughter of one of our friends in Hastings, Sierra Leone

Catherine is her Godmother. 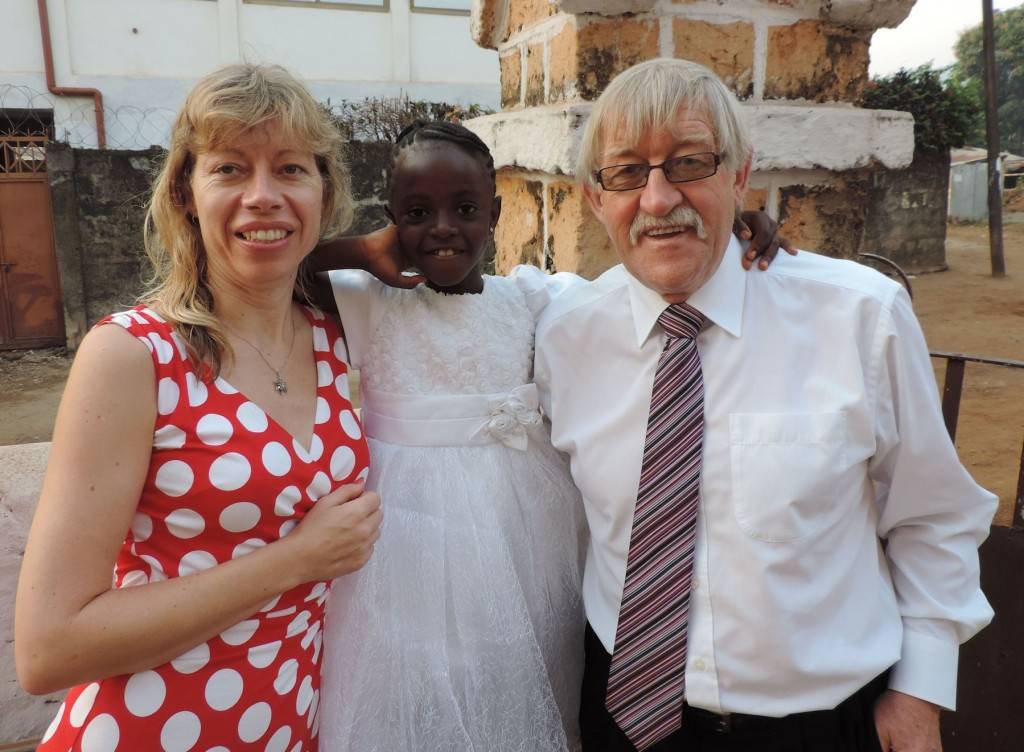 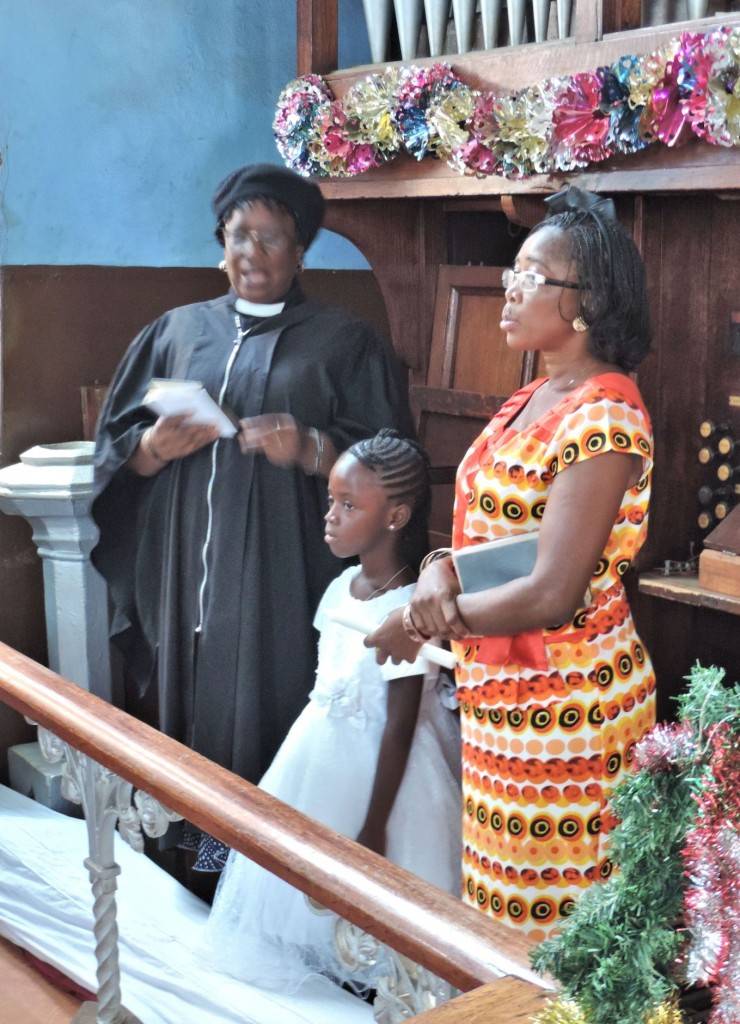 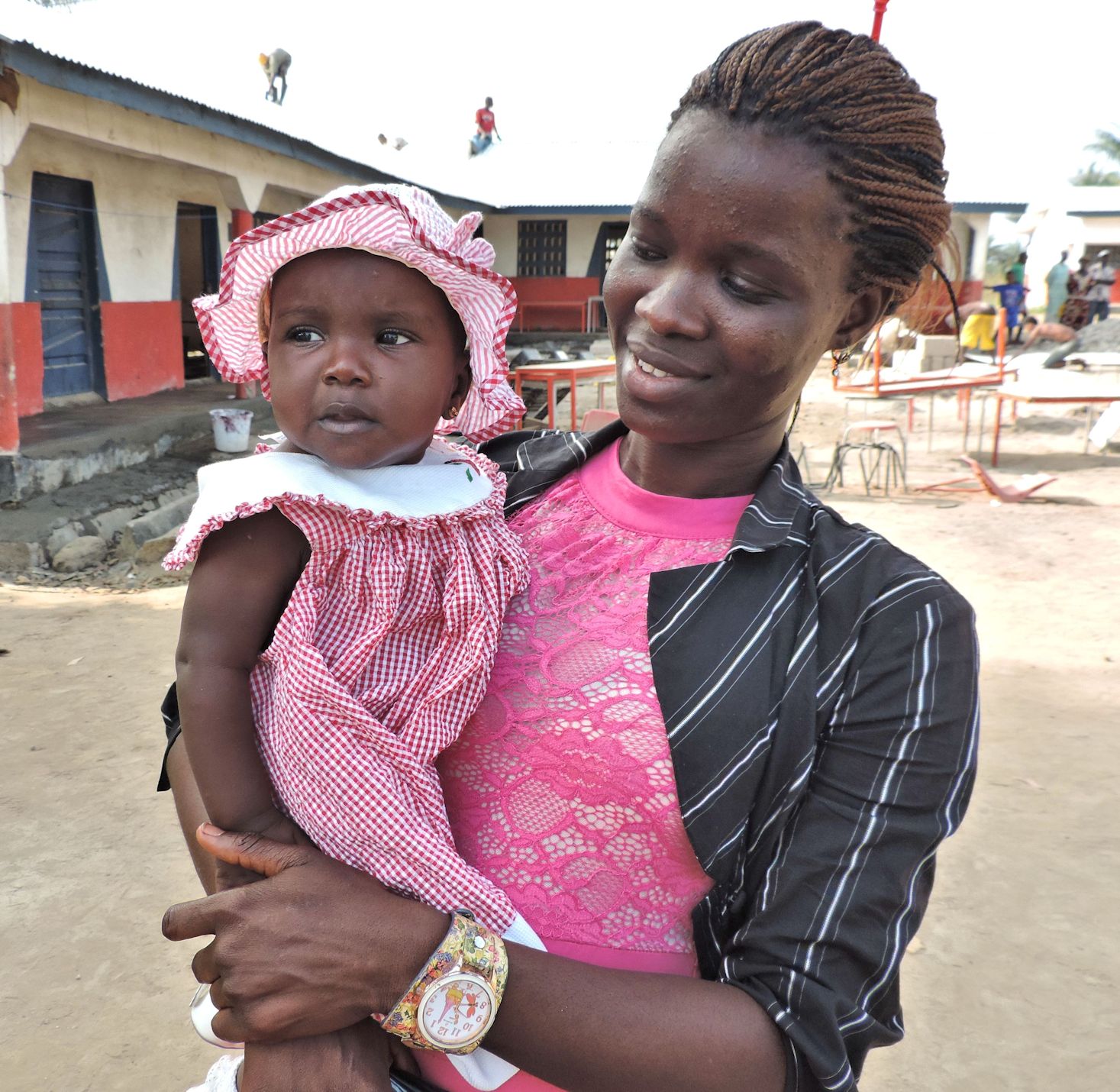 Aminata is a good role model for the senior girls.

She is undergoing additional training, teaching class 2 and has a six month old daughter named Jane.

David visited the school early January 2016 and brought back new class photographs.  They are availble to download/view under the Photographs tab at the top of the page or here 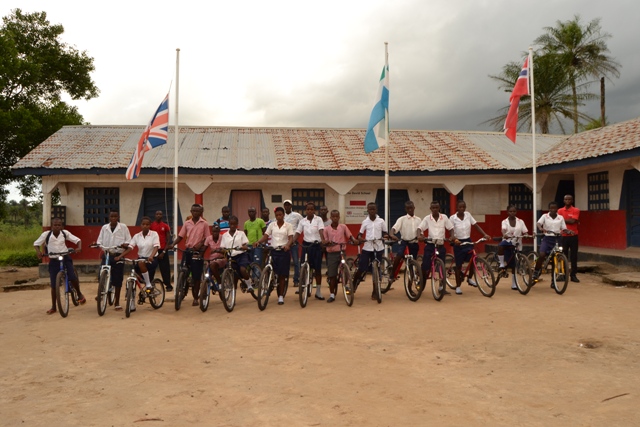 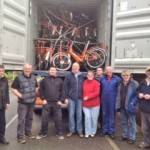 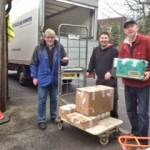 This work was completed in Retford with the help of Local Rotarians and representatives of the charities.  It took two hours to complete before the container went by lorry to Doncaster railway station and then by rail to Southampton.  The ship is due to arrive early in the second week of January 2016. 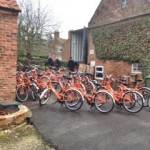 The School will receive 30 donated bikes to be used by senior pupils who currently walk for two hours to get to school.  In addition seven boxes of soap, toothpaste and other health supplies will be delivered to school. 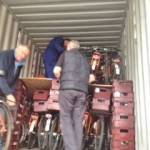 Everything was donated and the charity only had to fund a few gallons of diesel fuel. 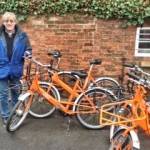 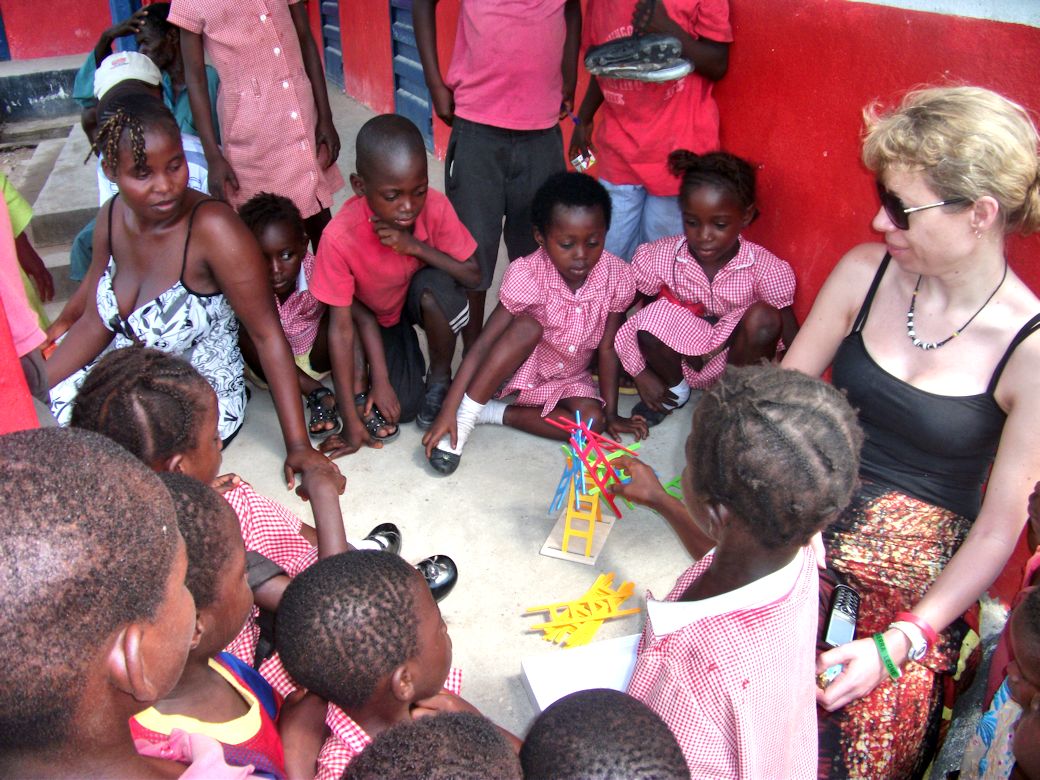 Dear All,
Wonderful news today – Sierra Leone is officially Ebola free and the Foreign Office have lifted their travel ban.
We hope that direct flights will resume again within the next few weeks.
Thank you for all your help and patience through these difficult times.
Best wishes
David 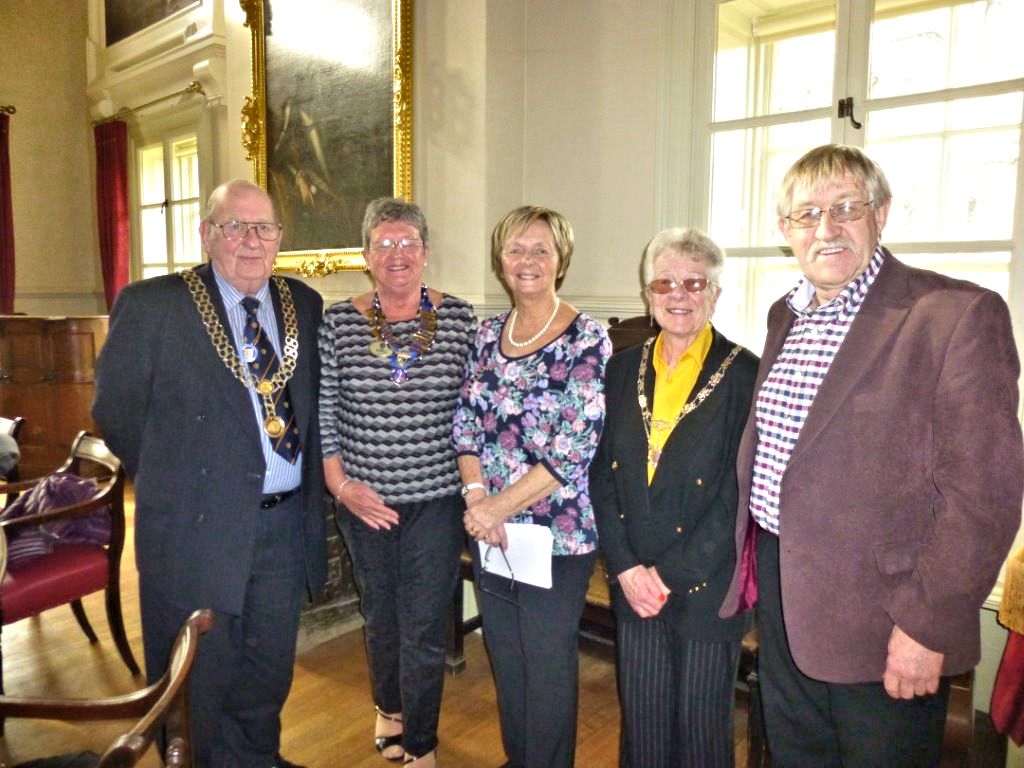 Left to right Lord Mayor of Stamford, Councillor Clem Walden, Jan Mayling (President Stamford Inner Wheel), Kathy Walpole (Club International Services Officer), Mrs Walden and me!
Over 100 ladies from Inner wheel Clubs across the area attended. Lunch and then a presentation which was well received. I received a cheque for £250. Janet got a plant!!

Pupils from the Ashbeach School in Ramsey St Mary’s, Cambridgeshire have filled boxes with gifts for children at the David School, and these have now been shipped out to Freetown, ready to be distributed. The  boxes contained items like pencils and other wrting materials, balls, small cuddly animals and toys, as well as a letter from the child who filled the box.
http://www.ashbeachprimary.co.uk/

Thanks to the generosity of the Girdlers’ Company Charitable Trust, we have been able to ship 35 Roberts Wind-up radios out to the community to

allow the children to access the radio lessons that the government are providing until schools are given permission to open again. For more information about the Girdlers’Company, visit their website at www.girdlers.co.uk.

Update:  The 35 Roberts Wind-up radios have arrived at the school and are being put to good use. Lessons are broadcast every school day with Primary sessions from 10-11am, Lower Secondary ones from 2-3pm and those for Upper Secondary pupils from 4-5pm.  Different subjects are covered each day. At Mile 36, the teachers work with pupils within small groups at these times – close to where the children live.  Some of the parents are involved with helping, so they are learning as well 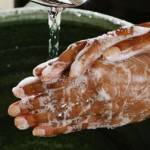 Careful hygiene helps prevent the spread of Ebola. To support this, and the teachers’ work in promoting hand-washing, we are now collecting bars of soap which we will ship out to the community. All contributions will be very gratefully received. Please email me at wallwork26@btinternet.com to find the best way of getting your contribution to me, as there may be a volunteer in your area prepared to act as a collector.

Update: The first 800 bars of soap which were shipped out to Sierra Leone at the end of November, have now arrived at the school. This will support the teachers’ work in promoting hand-washing, as careful hygiene helps prevent thespread of Ebola 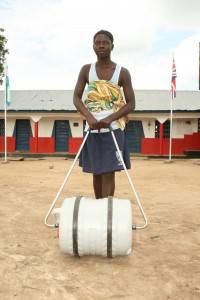 Thanks to Adrian Brewer, Rotary Club of Cowes (IOW) and Bill Leslie from the Rotary Club of Ellsmere Port, we now have 110 water barrels on their way to our villages in Sierra Leone.
No longer will small children have to carry water weighing up to 25kg on their heads, they can roll it home.
A simple solution to a perennial problem.
Please click on the link below to visit their website and read more about this wonderful project.
Roll Out the Rotary Barrel
Thank you on behalf of all our families. Watch here to see pictures of them being used. 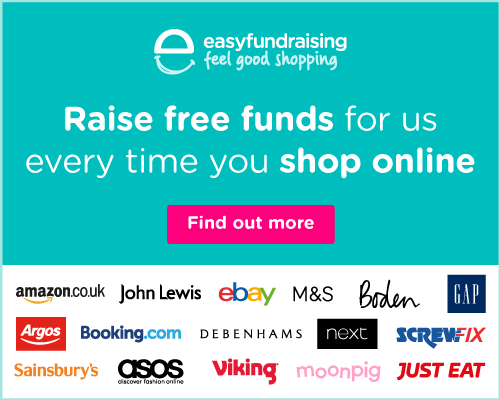 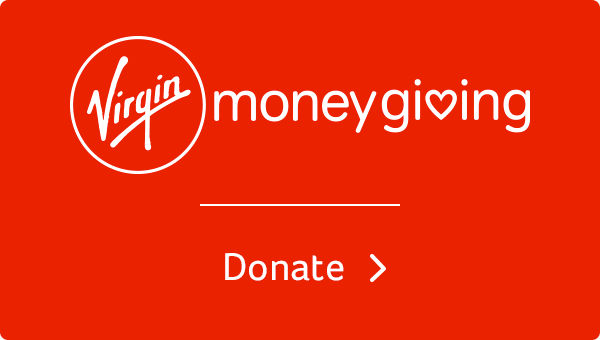